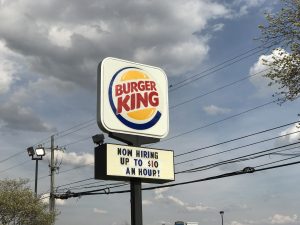 The monthly cruise-ins feature door prizes, a 50/50 raffle, and music from the 50's and 60's. Ten awards are presented to the favorite cars and trucks picked by the club members.  Best of all, there is no charge for registration.

I really enjoy these cruise-ins. I don't know if it's because it's something to do on a Saturday evening, or it's the relaxed atmosphere of Marysville, but I always have a good time.   Each season my goal is to attend as many of these cruise-ins as possible. 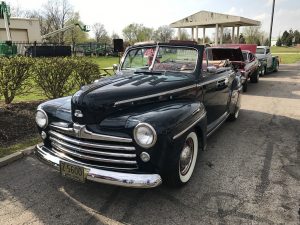 This Saturday was no exception. The weatherman cooperated with perfect weather.  All though 68 vehicles registered, the total number that attended exceeded more than 100.

You know there's a good turn out when Burger King closes the drive thru. 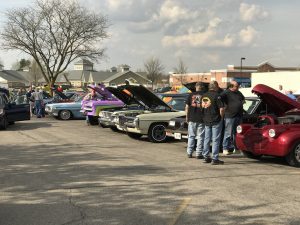 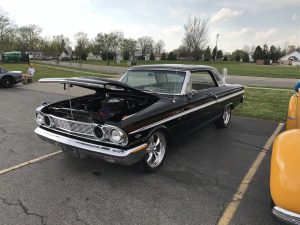 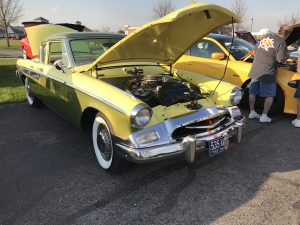 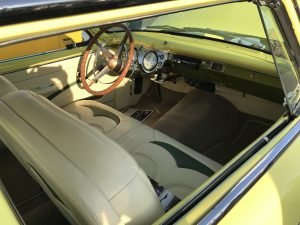 The club gave trophies to the following cars:

The next cruise-in at Burger King will be on Saturday, May 20th. You can Click here for the complete Mid Ohio Cruisers' schedule for 2017.

I know of a two central Ohio shows for next Saturday (4/22).  Big Dawg and the C-Town Cruisers will be hosting a show at Pep Boys across from Eastland shopping center, and there will be a show in London, Ohio in conjunction with the Strawberry Festival.  There doesn't appear to be any shows scheduled for Sunday.  If you know of any, please let me know in the comments below.

I'll be attending the Monster Truck show on Saturday with my grandson. I plan to post a write-up next week from that show. Until then,  I hope to see everyone out there cruisin'.